Where ever Aphrodite is honored, there is room for laughter and games, for sweetness and for peace. P 33

Athena, Zeus or Apollo may teach us how to concentrate energy for combat, competition, or specialization. But Aphrodite will teach the flowering of energy. P15

Aphrodite’s gift of beauty surpasses that which simply pleases the eye; it is more than formal perfection of the partner. It is rather the beauty which springs from the deep sexual encounter and which has the power of transmitting the physical experience into ecstasy. P17

The ultimate object of human fear is beauty; nothing is more disarming, more ravishing, then its eruption in our lives. Beauty alone brings us to our knees without a basement, washes away all humiliation, heals us of all rancor, and reconciles us with the universe. P17

Beauty, as an expression of civilization, is not purely spontaneous. Just as one cultivates a garden by observing a subtle equilibrium between the natural beauty of flowers and the artful discipline of the gardener, one must discover the aphrodisiacal equilibrium between natural easiness and cultural training. P17

Aphrodisiacal art is a matter of making every day life more beautiful and more “civilized.” Certainly, this latter beauty is ephemeral rather than lasting; it fades quickly, and in this there is a certain sadness. P18

Aphrodite, the Goddess of sexual love and beauty, is also the goddess of flowers appears to me to be the kind of evidence one receives when mythical thought penetrates the mind. P19

To be preoccupied with flowers or to create a pleasant garden, as to make love or to “dress up” – these are always in honoring Aphrodite. P20

Certain very highly scented plants, such as mint and myrrh, were also associated with her or with her lover, Adonis. P21

Association of Aphrodite with gold has both a spiritual and travail significance. On the one hand, it signifies the mystic gold, symbol of warmth, perfection, and radiance; on the other, there is gold jewelry, which may be Aphrodisiacal in the same way as perfumes, flowers, and beautiful clothing. Jewels are both instruments of seduction and symbols of the Aphrodisiacal of powers of women. P 21

We may find it shocking, but there is a very frequent relationship between material wealth and feminine beauty. The very beautiful woman frequently rises in social status. P 22

The gifts of fairies are always difficult to bear, in spite of the apparent ease with which one can be beautiful, Rich, noble, or talented. P 22

Aphrodite is beautiful and demanding; Hephaestos is ugly but generous; they make a deal: one has money, the other has beauty and charm. P23

Both gold and Aphrodisiacal qualities are difficult to attain, and when one possesses them they are just as difficult to use and away that preserves the splendor. P27

There is certainly an esoteric side to the teachings of Aphrodite, and all men and women are not equally gifted and discerning the Aphrodisiacal mysteries, but formal beauty is not the most important element! P28

As Jung often stated, a vital force which is not recognized and valued becomes negative. P 28

For sexuality to recover its color and it’s magic, that must regain its sacred character. This time it must be associated, not with sin and darkness, but with pink and gold and beauty, and with Aphrodite’s civilizing power. P 30

Activities become strictly functional, and the person is no longer interested in the ephemeral beauties which require constant renewal through care and desire for them. I have often had the impression, when visiting deteriorated human settings, that real cultural privately as expressed by the total absence of Aphrodite. P 32

A child may find authentic pleasure and an imitation pearl, where as an adult may find a false pleasure and contemplating a true pearl, if it is valued as a symbol of money or power rather than for its beauty. P34

Must be remembered that Aphrodite bore the title of “virgin,” before the Catholic Church gave it a less pleasant significance. This term signified, not “she who has not known a man,” but, as Esther Harding has remarked, “she who belongs to herself” (one in herself). P60

Aphrodite is to fidelity and feminine deceit with Hermes is to commerce and masculine diplomacy. These divinities beloved of the people used ruses, lies, and seduction to conquest and get around a dominant power, while avoiding a direct confrontation which would be to their disadvantage. P63

Infidelity is not promised, it exists. It is often the excessive control that one would wish to exercise over Aphrodite that Fox the transparency of the relationship. P66

Neither Aphrodite nor Hermes can long support tragedy: flight, whispers, lying, and skill in dissimulating their fault with humor are all common ways of avoiding painful drama. P68

Aphrodite possesses a magic garment which is often described either as a ribbon, a girdle, or bodice; it is a band of fabric wound around her body, “a curiously embroidered girdle in which all her magic resides, love and desire and the sweet bewitching words that turn a wise man into a fool.” P69

As soon as the woman herself no longer controls what she will reveal and what conceal, the playful aphrodisiacal creativity is no longer possible. Here, as elsewhere, playfulness and creativity are intimate. P71

The artfulness of woman and seduction has always been and still is the stumbling-block of all patriarchy. P72

The moneymakers have invested their millions and the myth of Caligula, it is to inspire that “playboy” who “possesses” his sportscar, penthouse, girls, and gadgets. Aphrodite is certainly absent from all of this, for her art is contrary to that of sterilized love. P73 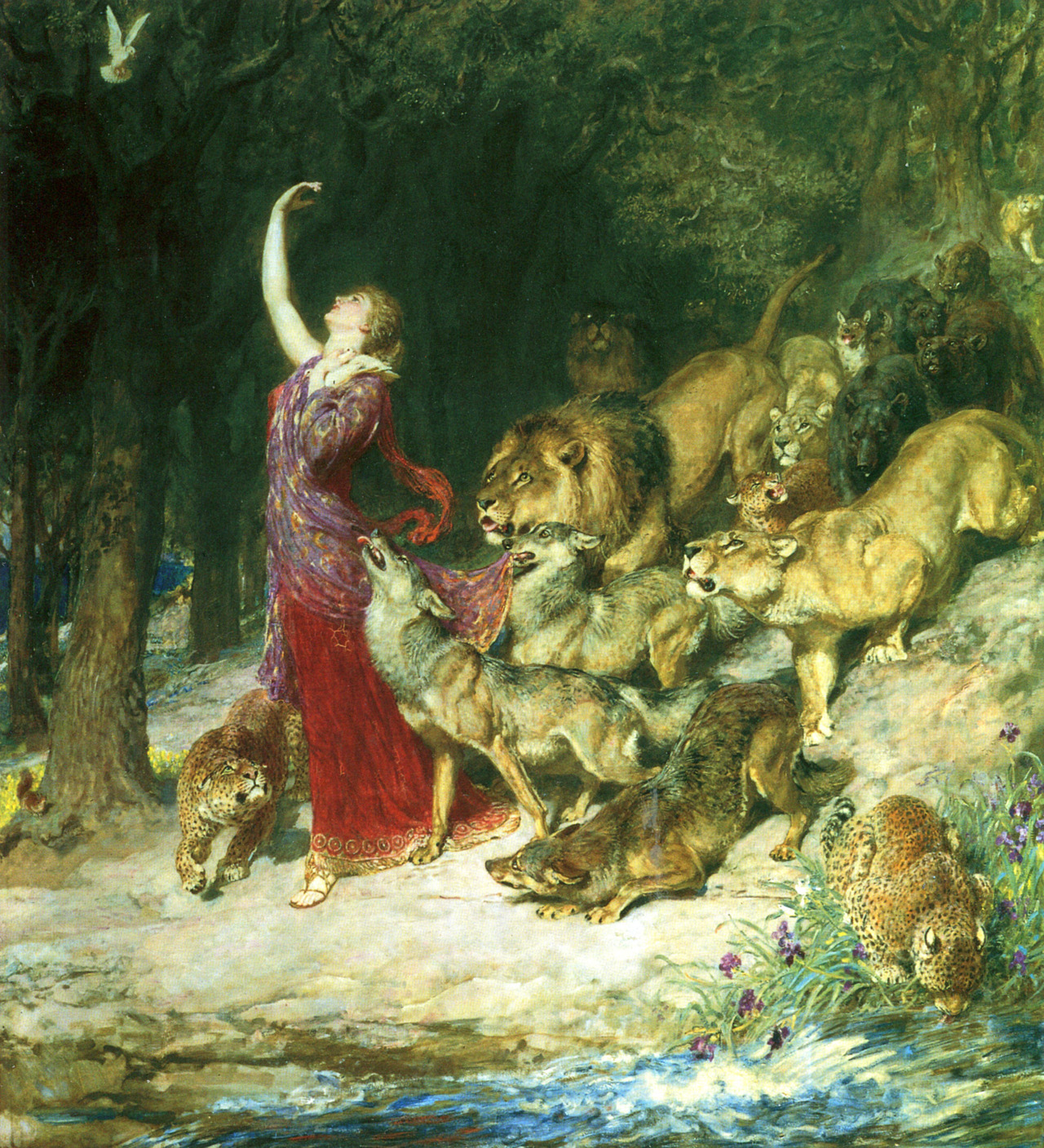 The white dove is a symbol of purity and a bearer of peace. The Greeks associated it with Aphrodite, and it symbolize, as did the many winged animals, the presence of the Spirit, the “pure” spirit of Aphrodite. P74

The dove, like Aphrodite, seeks companionship and social contact; this cooing and loving bird symbolizes both the social and the pacific aspects of the Goddess. P74

As for the pearl, it evokes something exclusive, hidden, and difficult to find, something precious, feminine, and perfect. Like the diamond, the pearl often symbolizes matter’s spiritualization, a good image for the mystique of Aphrodite and her link with corporeal reality. P74

A flower, a ribbon in the hair, and a white mink coat may have equal Aphrodisiacal power. But the mink coat more often expresses as well the husband’s social importance, whereas the inexpensive flower and a frivolous ribbon are related, not to the power of Zeus, but to that of Aphrodite. P75

To obey the “code” of fashion and they’re hidden hierarchies is to play the game of Zeus and Hera, not those of Aphrodite. This pair is preoccupied with hierarchy and social order, while Aphrodite wants to play, and to seduce. To be with her, we must have the audacity to emerge from the ordinary, to go beyond the norms of what are called standards of beauty. P76

As soon as feminine beauty loses its spiritual representation, when the Goddess who teaches beauty is excluded from divinity, women are enclosed within an infernal circle. P77

Grace and time for exercise an enormous influence when they are freely exercised. P77

Range of Ares, the desire of Aphrodite, and the madness of Dionysus have in common taking possession of the heart and body at the High Point of intensity. P83

The illegitimate love between Ares and Aphrodite gave birth not only to sweetheart Harmony but also to two boys: Fear(Phobos) and Terror(Deimos). P84

Mitra Cline is an independent artist & freelance graphic designer – she is the creator of Foreverbird Studio, Mermaid Type Tarot & Blogs about her creative life. MA & BFA.