This painting came from a nightmare with three parts: being chased, grabbed and ignored. The memory took on a second perspective in the creative process. In active imagination and sketching the dream I remember the Three wise monkeys. This painting is Three mystic birds who discuss evil and ways forward. For example, they suggested mouse not only have a safe space and but also an escape door.

More about the myth

There are various meanings ascribed to the monkeys and the proverb including associations with being of good mind, speech and action. In the Western world the phrase is often used to refer to those who deal with impropriety by turning a blind eye. (Wikipedia) 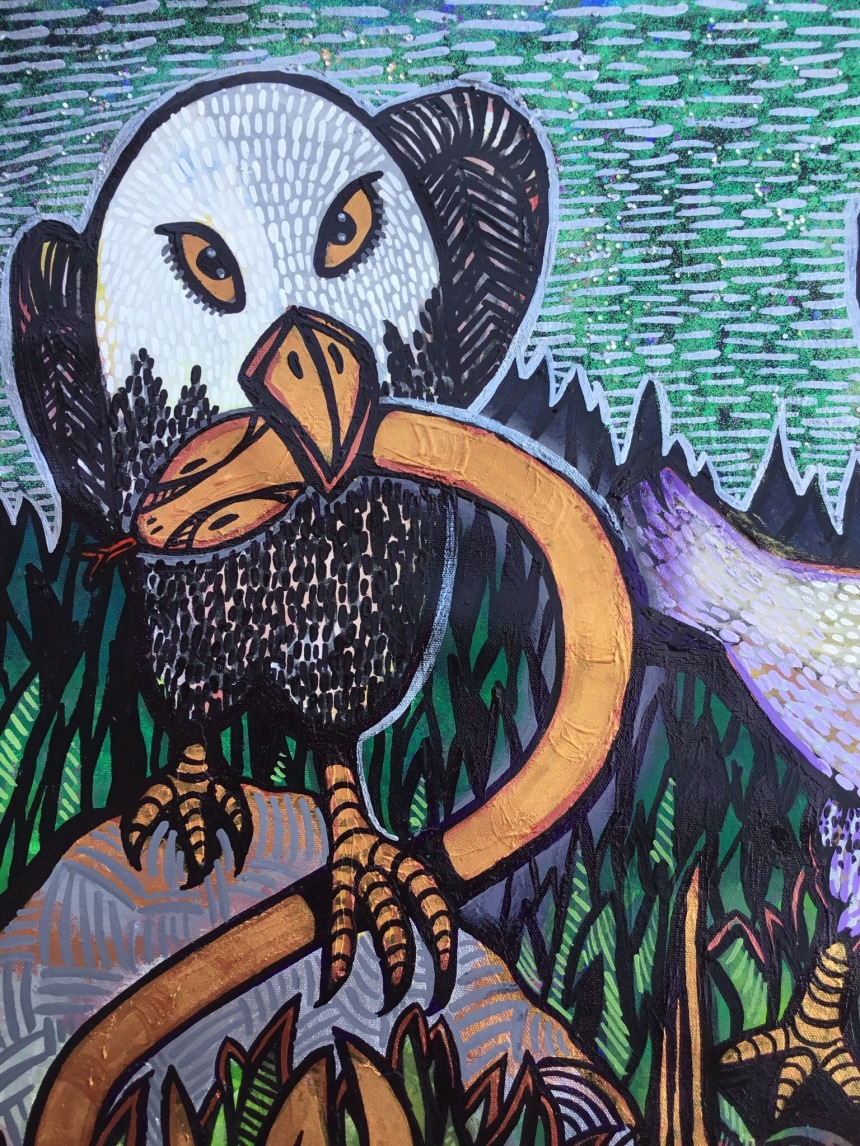 I am developing a unique path and creative life, which includes a studio art practice, teaching, public art, and commercial design. As a conceptual artist, life experience and observation inspire me.