I started an improv class at the Community Arts Workshop (CAW). We are learning a form of improv theater from Michael Bernard. Tonight I watched a professional team perform. I rented the video, TJ and Dave; trust us this is all made up, on amazon. There are many concepts in this art form that I enjoy. The most exciting is the idea that every performance is unique and still familiar. The practice for these skills engages the mind and body in similar creative patterns that I enjoy in visual art. However, it’s greatly multiplied by the collaborative efforts of all the actors. There are 11 in our class, including the teacher, Michael.

MICHAEL BERNARD spent 10 years as the Associate Artistic Director of The 52nd Street Project, a nationally recognized theater company that creates original theater with kids from Hell’s Kitchen in New York City. At Upright Citizens Brigade NYC Michael directed a few shows including “The Chipperton Family Vocaltainers Shooby Dooby Dooby Hour” which was an official selection of The HBO Comedy Festival in Aspen. He received his training in improv at SecondCity Chicago, and was the artistic director of Improvboston, Boston’s best-known improvisational comedy company. He has also written for Disney, Nickelodeon, Henson Productions, Nick at Nite, DC Comics, Showtime, Spike TV, The Sundance Channel, Noggin, WE, MTV, VH1 and some commercials you probably fast-forwarded past. Since moving to California in 2009 Michael has performed in LA with “Immediate Theater” an improv company made of of ex members of Second City and The Groundlings. He has acted in numerous shows with the Lit Moon Theatre Company.  He is the Artistic Director of Elements Theater Collective where he played King Charles/William Scott/Lady Davenant in “Or,” Richard Nixon in, “Nixon’s Nixon,” and Sorn in “Stupid F-ing Bird.” He was recently seen at SBCC playing Francis in “One Man Two Guvnors.” He also directed “In a Word” and runs the annual “Play in a Day” theater festival. 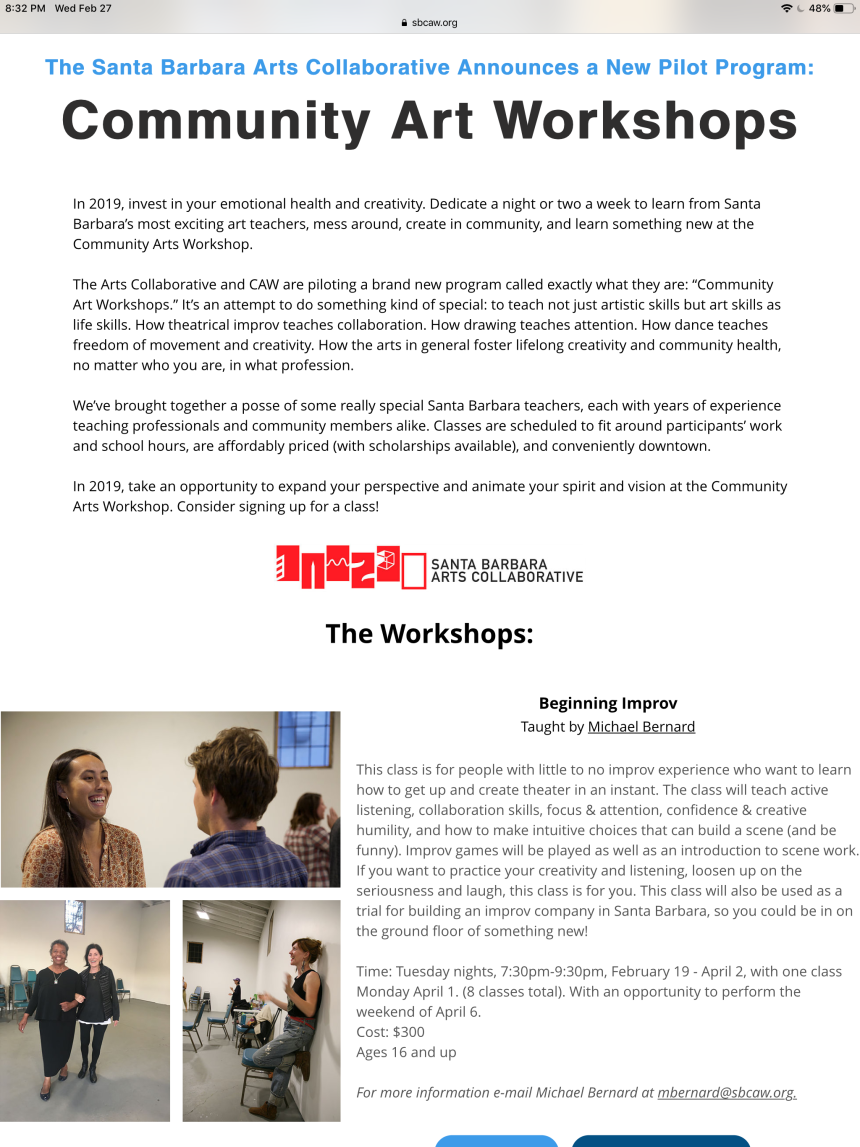 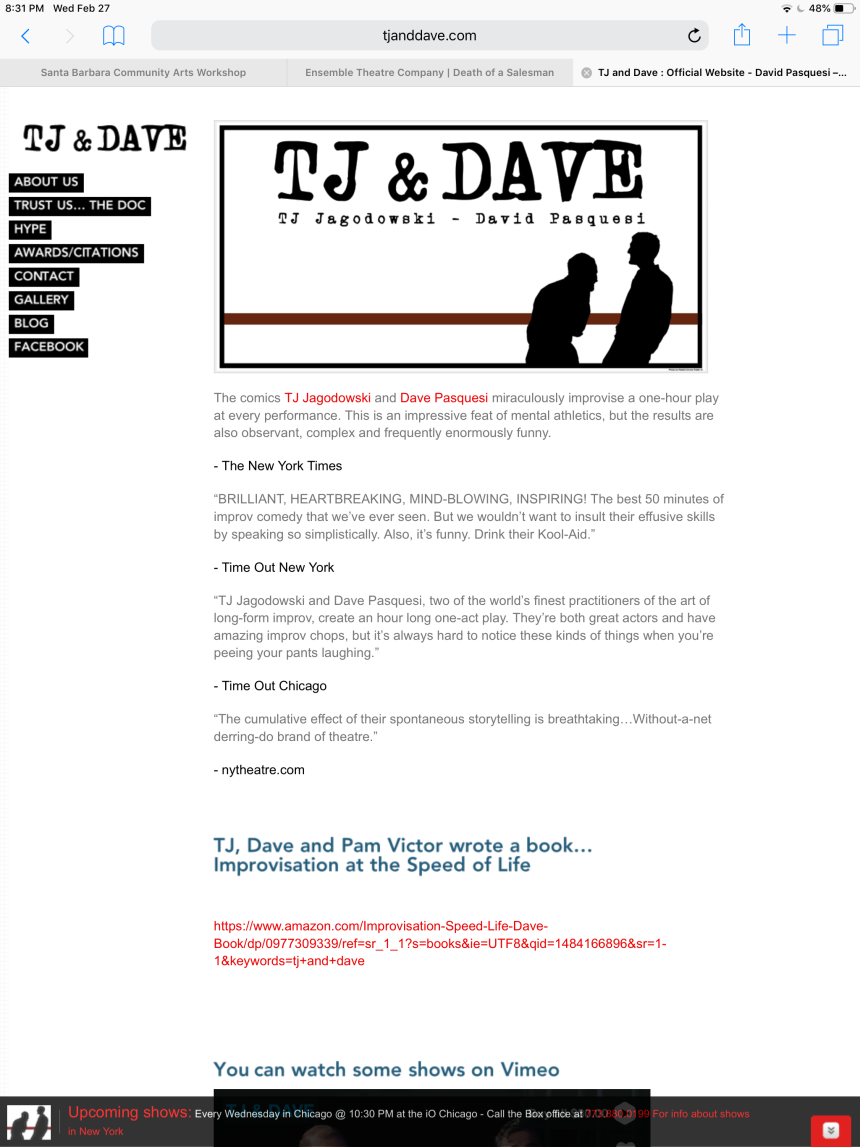